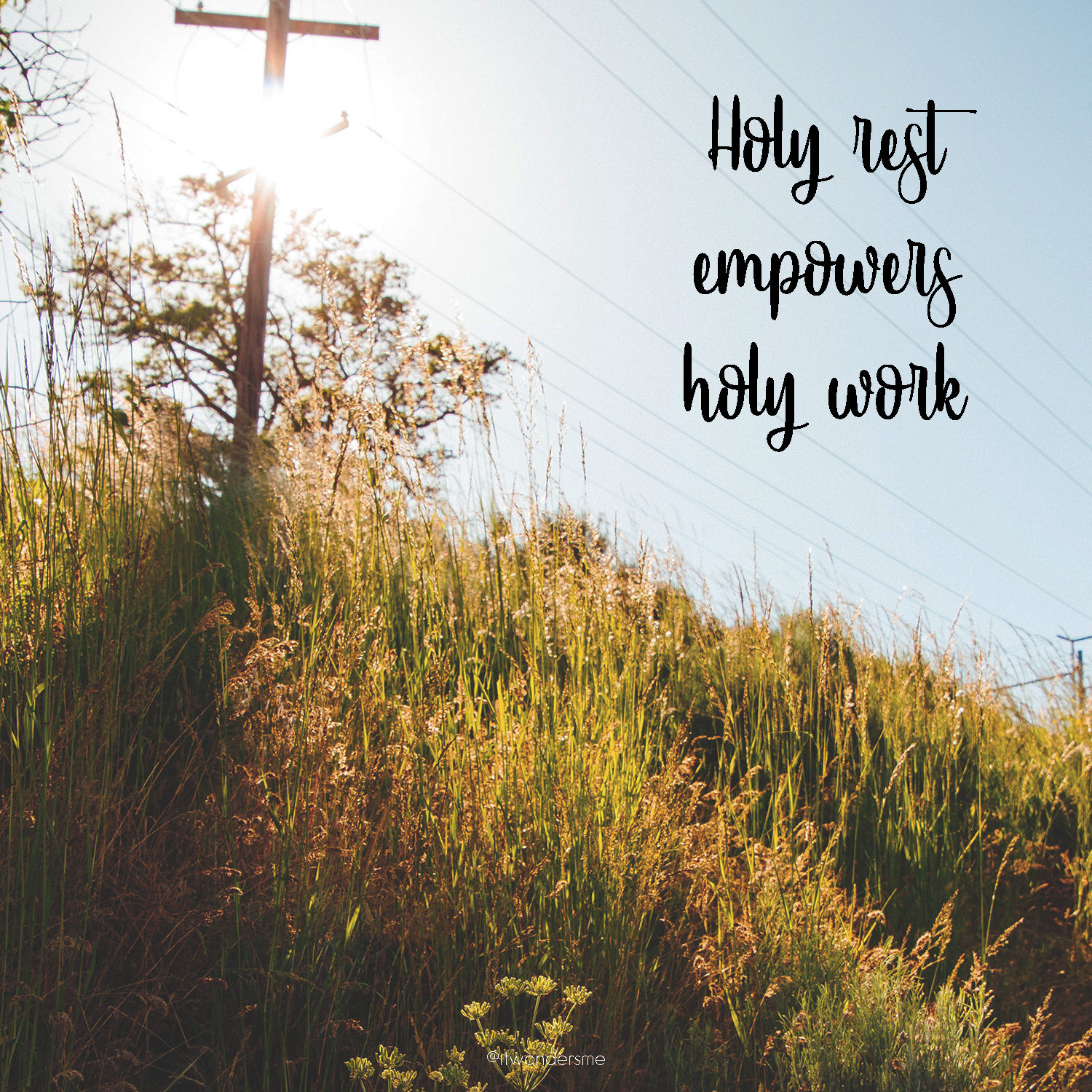 Sabbatical (noun): from the Hebrew agricultural term “shmita,” referring to a year-long break from working the land to allow it to rest and heal in God’s care rather than man’s.

I have never successfully returned from a sabbatical. Every time I’ve taken a break from writing, whether personal or self-improvement or fiction, it’s ended up being permanent. The anxiety and dryness I’d left was always waiting for me when I returned. So I quit. Whether by announcement or ghosting, I let the work slip through my fingers and walked away, into a life that was less stressful but more hollow.

And I used to think it was because I sucked. Because I’m a failure and weak and erratic and basically can’t hack it.

But that’s not true. That’s the slithery tongue of the enemy coming to kill, steal, and destroy.

What’s true is that it’s all been progress. (r)Evolutions.

The fact that I’m sitting here again, ready to write, heart saturated with the sweet water of true rest, mind bouncing but not anxious, tells me that this sabbatical was different. This time, I’ve done it right.

During my two weeks away from the keyboard, I:

I also had my very first article acceptance (more on this later).

I had new ideas, revelations that were blocked before I paused, jotted down on Post-Its and stuffed in a drawer for safekeeping.

I built this site.

During this sabbatical, rather than angsting about what it would be like when I went back, I made space to just be. Space for the calling to move me rather than me moving it. Space for God to work while I wasn’t.

I rested and healed in God’s hands rather than my own.

Holy rest empowers holy work. And as God’s image-bearers carrying His Spirit and led by His Son, all our work is holy work.

When we rest in God, we never go hungry. It’s never in vain. We may have clearing and tilling and planting to do when our rest is done, but the land is still fruitful—more than it was before—because He ensures the rest is productive.

The power of sabbatical lies in honoring God’s holy flow. It lies in trusting that, while you’re away, what you love will be cared for by the One who loves you. That’s the only way our soul can truly be restored, the only way coming back looks any different than when we left, the only way the land will thrive—and us with it.

💬 What in your life could benefit from holy rest right now? 💬

“…but during the seventh year the land must have a Sabbath year of complete rest. It is the Lord’s Sabbath. Do not plant your fields or prune your vineyards during that year. […] If you want to live securely in the land, follow my decrees and obey my regulations. Then the land will yield large crops, and you will eat your fill and live securely in it.” [Lev 25:4, 18-19 NLT]