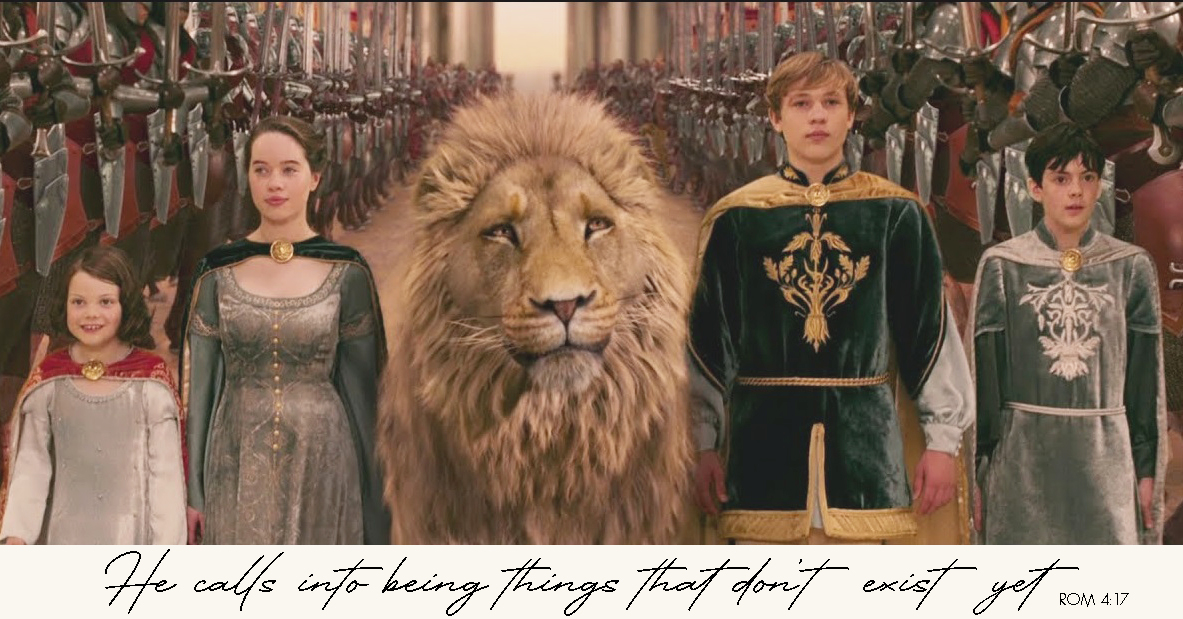 Just before the Unpleasantness, I found an extremely abridged version of “The Lion, the Witch, and the Wardrobe” at the thrift store (remember those?) and scooped it up for Mackenzie. She found it over the weekend, so we read it together. She was utterly riveted; I, as a CS Lewis nerd, was delighted and couldn’t resist showing her the film.

Watching a beloved movie with your kid has a way of opening your eyes to things you never noticed before. One such thing on this watch was the titles Aslan gives the Pevensies at the end.

But none of them are those things when they enter Narnia.

Peter is a pompous jerk.
Susan is a nag.
Edmund is a traitor.
Lucy is a whiner.

Even after all their adventures, they’re not who Aslan says they are by the time of their coronation. Those people don’t exist yet; they’re just starting to become,

God knows your real character and speaks―sings!―it over you long before you see any evidence that it’s true. He calls you holy, righteous, valiant, just, gentle, magnificent. And He should know; He made you.

Note that the Pevensies don’t argue their titles, even if they disagree in the moment. They simply receive and eventually grow into them.

And so will you.

“[Abraham] is our example and father, for in God’s presence he believed that God can raise the dead and call into being things that don’t even exist yet.” [Rom 4:17 TPT]