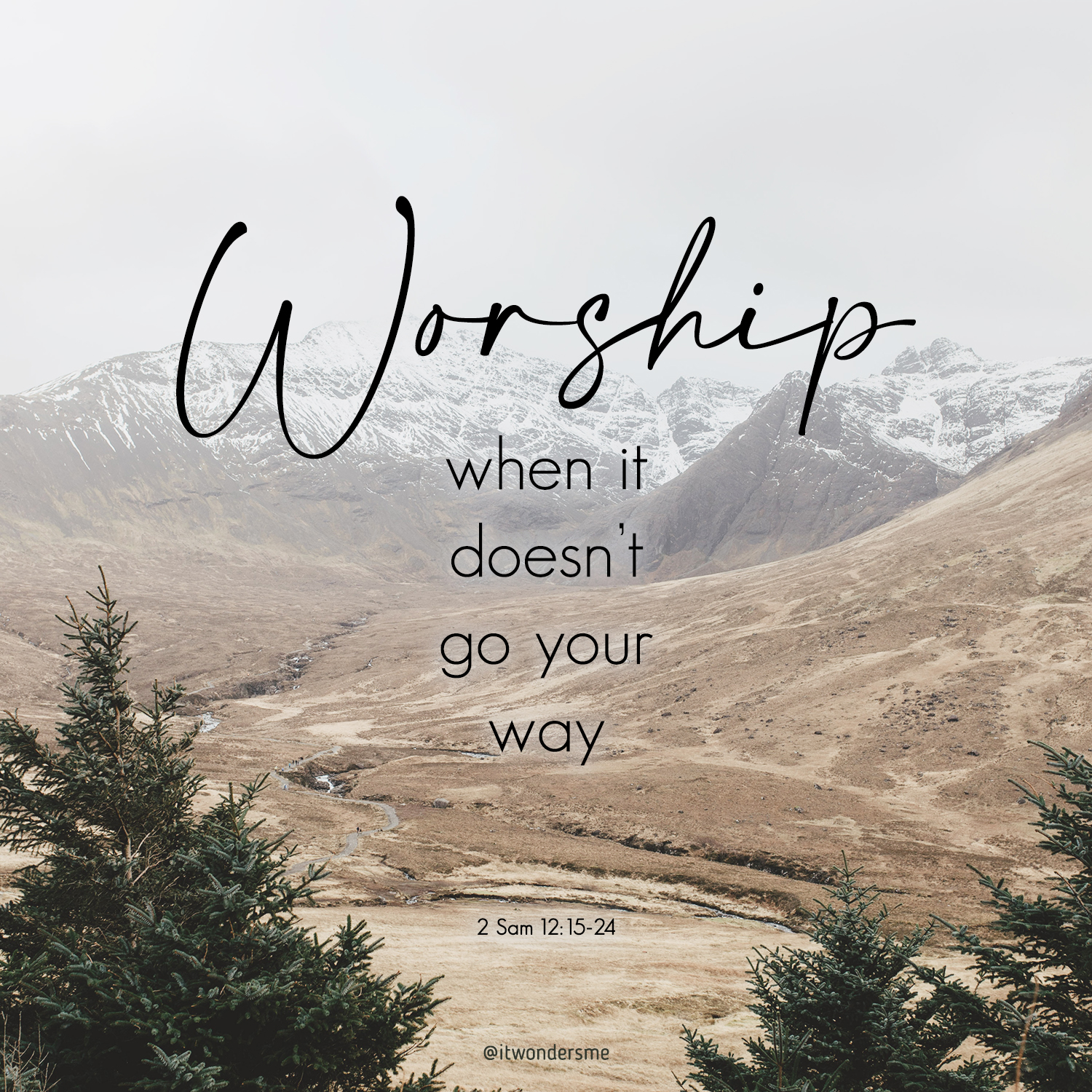 Attitude is everything. Especially when we don’t get what we’re praying for.

I recently re-read the story of David and Bathsheba, a familiar tale of lust, murder, and trying to make things okay that are NOT OKAY.⁣

What stands out is how David grieves when God takes away the child conceived by his sin. This would’ve been *shrug* to a man back then, but David FALLS OUT. He weeps and fasts and wears sackcloth for days, pleading for God to save this child.⁣

He acts so outrageously they’re afraid to tell him the baby died because if he rails against God’s judgment like that, what will he do when his prayers aren’t answered?⁣

But you know what David does when he hears?⁣

He cleans up, WORSHIPS, eats lunch, and moves on.⁣

That is NOT me. When I’m desperate for God to move in my favor, I’m praising Him in advance for his deliverance. But if it doesn’t work out, I’m destroyed, weeping as if God never existed.⁣

AND, bonus fact: Because David accepted the Lord’s judgment with grace, he could “comfort” his wife, who bore him a son. We’ll never know who the first child would’ve been, but we do know that the child of David’s submission was Solomon, one of the greatest kings of Israel.⁣

It’s got me wondering. What would my life would look like if I went hard in the fight but then surrendered with praises regardless of the outcome? What blessings would follow?⁣

“While the child was still alive, I fasted and wept. I thought, ‘Who knows? The Lord may be gracious to me and let the child live.’ But now that he is dead, why should I go on fasting? Can I bring him back again?” [2 Sam 12:15-24]