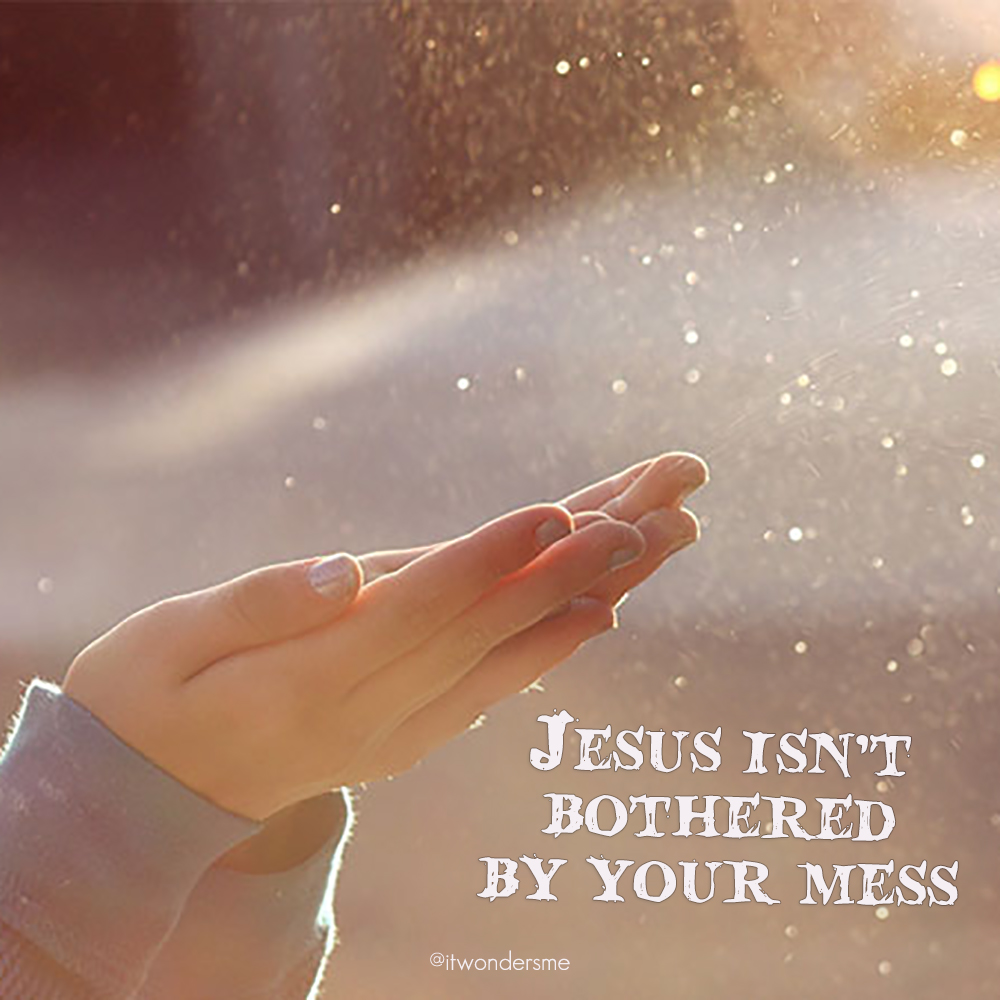 There’s this wild story in the Bible [Mark 2] where a paralyzed man is lowered through a roof in a jam-packed house. This guy’s buddies carry him up the back stairs, CUT A HOLE IN THE ROOF, and drop him onto Jesus who forgives his sins and heals his body.

There are tons of great messages on this, but there’s one particular detail you may not have noticed.⁣

At this point in history, roofs were made of sticks and mud. So, while the friends were hacking through, SHOWERS OF CRUD were falling on the crowd beneath them. On Jesus.⁣

And it wasn’t quick. It would’ve taken SEVERAL minutes to make a hole big enough for a grown man.⁣

What’s amazing is that Jesus keeps teaching with dust, dirt, and debris falling on him until the guy is in front of him, when he rejoices and heals him.⁣

He stands in the midst of it all, eagerly awaiting your arrival. And when you get there, he doesn’t say a word about the mess. Instead, he smiles proudly and says, “You’re forgiven. Be healed.”⁣

It doesn’t matter how filthy you are or what your damage is. Jesus is always right there, untroubled by your circumstances, ready to lavish his powerful love on your deepest weakness and turn it into strength.⁣

So don’t be worried about the mess. Jesus sure isn’t.⁣

“When they weren’t able to get in because of the crowd, they removed part of the roof and lowered the paraplegic on his stretcher. Impressed by their bold belief, Jesus said to the paraplegic, ‘Son, I forgive your sins.'” [Mark 2 MSG]