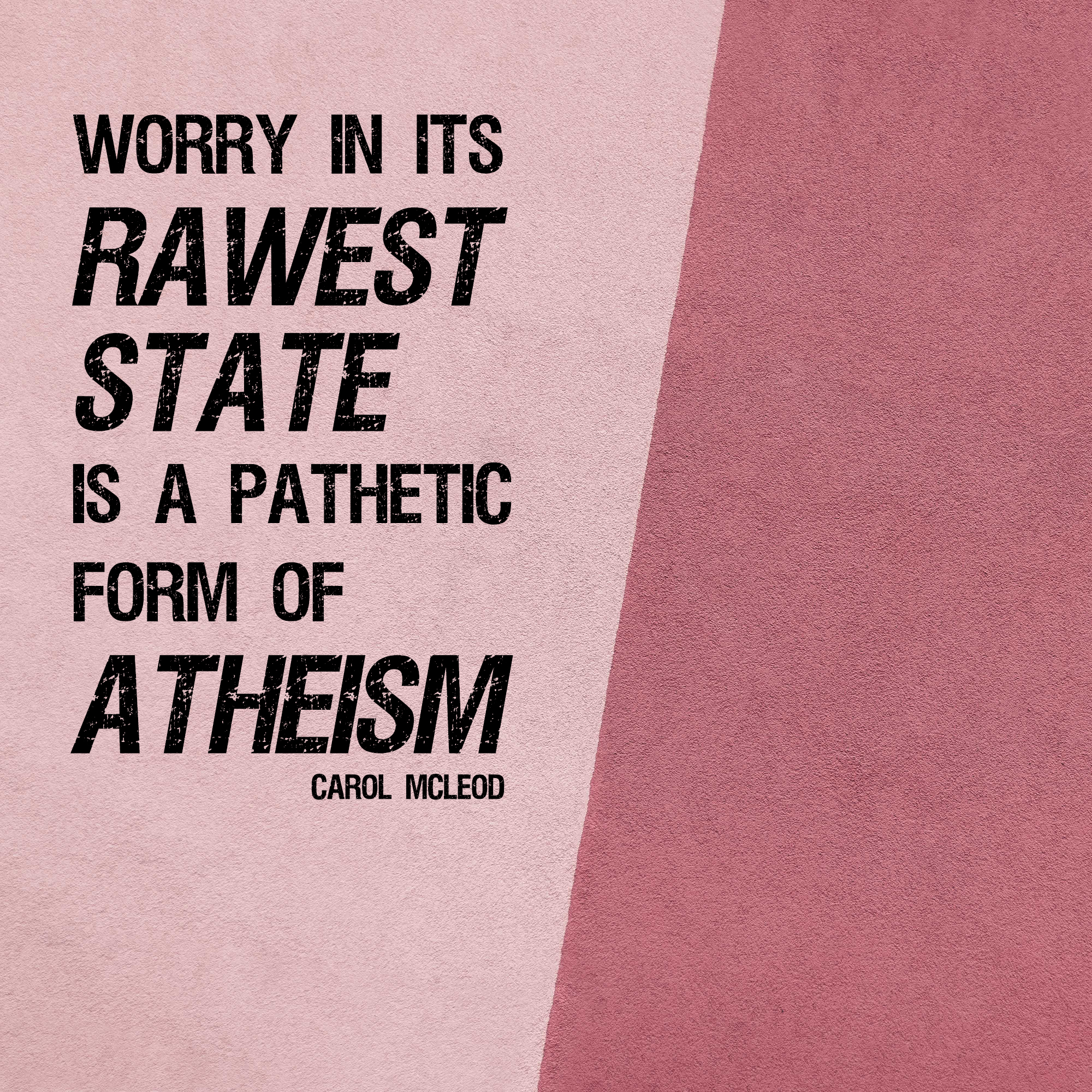 Worry isn’t from God. It’s an ingenious snare that tricks us into doubting that He is who He says He is.

Worry says your problems are too big (or small) for Him to handle.⁣
Worry says it’s too hard, too late, too expensive, too broken.⁣
Worry says if you’re not in control, nothing will change.⁣
Worry says God only helps those who help themselves.
Worry says He doesn’t care.⁣

Worry is full of shit.

A God who hung the stars and numbered the hairs on your head.⁣

A God who welcomes your problems because He has the answers.⁣

A God that cares so fiercely about your internal struggle that He died to rescue you from it.

So the next time worry threatens to crush you with fear or tempts you to think it’s up to you to fix everything, remind it exactly who it’s tangling with.