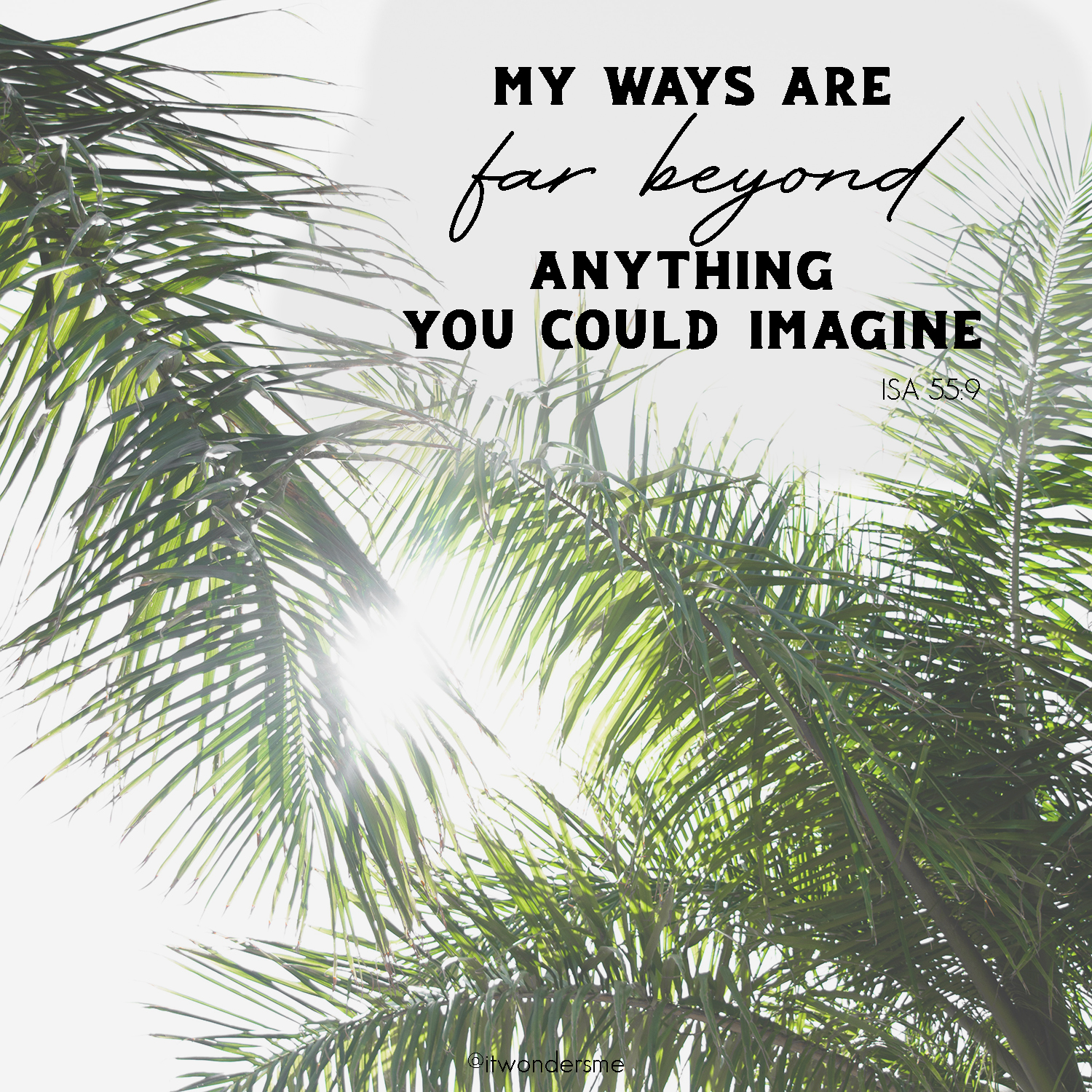 When people greeted Jesus on Palm Sunday, joyfully crying “Hosanna!” they had all three kinds of facts.

God’s people were expecting a messiah. Prophets had predicted him for thousands of years: a descendant of David who would bear the government on his shoulders and return Israel’s land and people to glory.

By the time Jesus entered Jerusalem, word had spread that Joseph’s son was probably the guy. He rode in with a fanfare usually reserved for conquering heroes.

They were expecting a powerful general to overthrow Rome and seize the throne.

They got a vagrant carpenter who drowned in his own blood.

And as the last of the heartbroken spectators shuffled away from the cross, a new set of facts arose.

They knew Jesus had died.
They knew they didn’t know where the true messiah was.
They never imagined he’d rise again and fulfill every hope they’d ever known.

“My thoughts are nothing like your thoughts,” says the Lord. “And my ways are far beyond anything you could imagine.” [Isa 55:9 NLT]