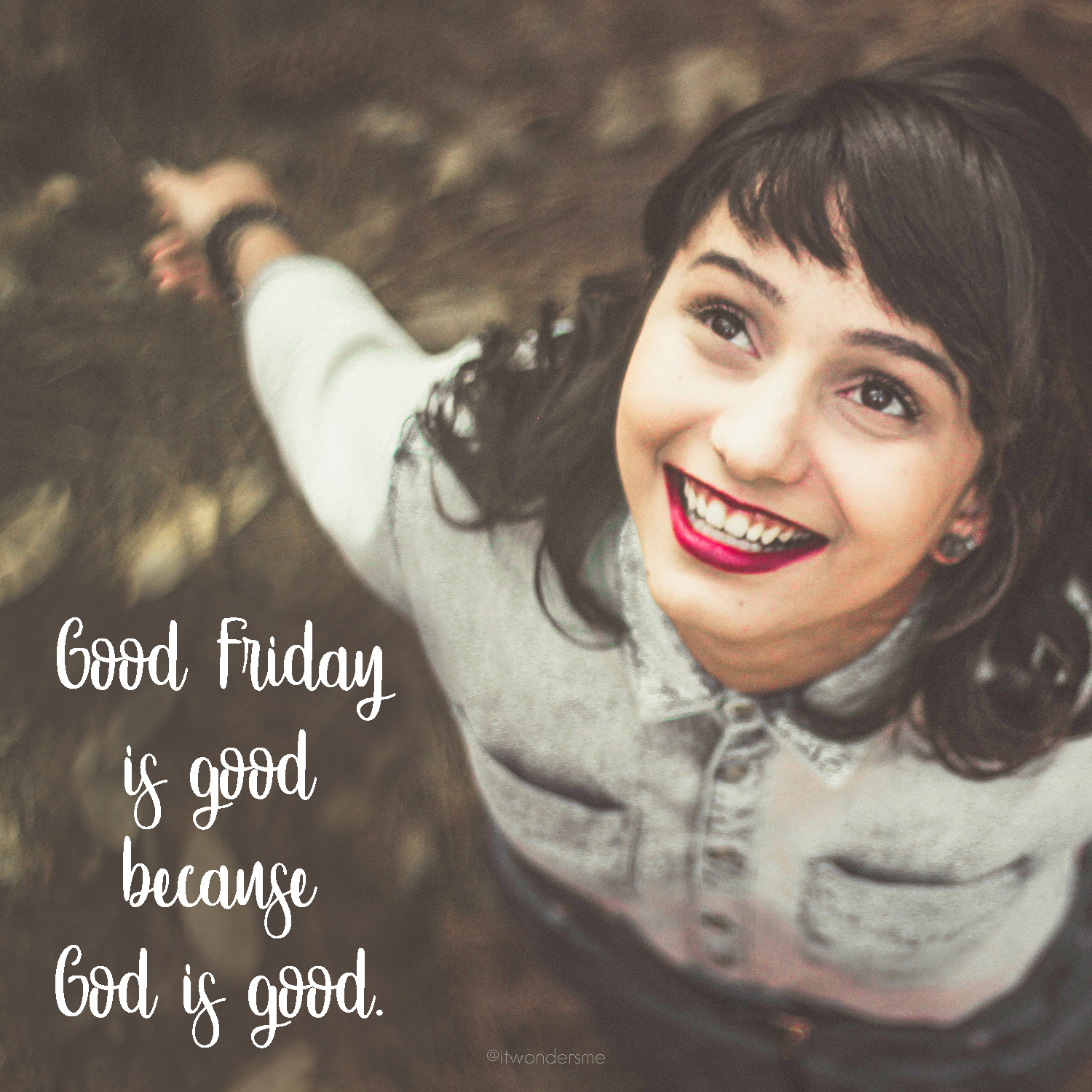 Let’s be honest: Calling it “Good Friday” makes no sense. A man died. The very man upon whom all the hopes and dreams and prophecies of humanity had rested for millennia. And he died ugly.⁣

Because the world’s good isn’t the same as Kingdom good.⁣

That Kingdom logic is what makes the death of Jesus both horrifically devastating and so, so good.⁣

Because it should be us, covered in our own gore, minds replaying millions of little cruelties and lusts that led us there as we gasped for failing breath, our souls irreparably ravaged by the pain of being an egocentric zombie.⁣

Good Friday is good because God is good.⁣
Because Jesus volunteered to swap places with us.⁣
Because we didn’t deserve it and he did it anyway.⁣
Because that’s how light and hope entered the world.⁣

This is a day of celebration, my friends―it’s good to be alive when you should be dead!⁣

If you must weep today, make it for joy. For the suffering you don’t have to endure. For the great love of the King who calls you closer than a friend. For this day that marks the end of death and sin.⁣

Don’t know about you, but that sounds pretty good to me.

“He presented himself for this sacrificial death when we were far too weak and rebellious to do anything to get ourselves ready. And even if we hadn’t been so weak, we wouldn’t have known what to do anyway. We can understand someone dying for a person worth dying for, and we can understand how someone good and noble could inspire us to selfless sacrifice. But God put his love on the line for us by offering his Son in sacrificial death while we were of no use whatever to him.” [Rom 5:6-8 MSG]