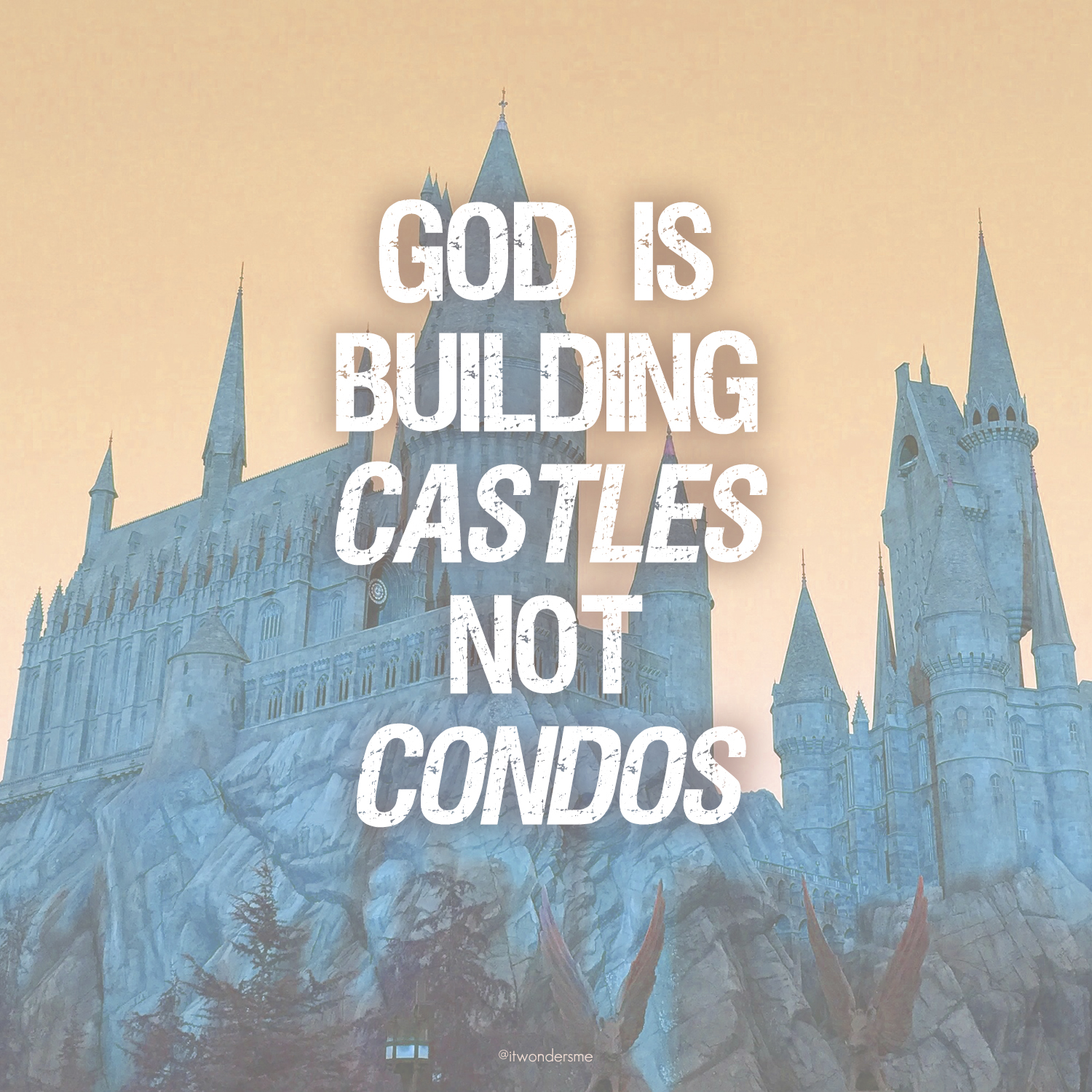 There are condos going up all over Hamilton right now. Which is great for Progress™ but I don’t know why you’d want to live in one.

They’re expensive, tiny, and made out of the cheapest material by the lowest bidder. I know they’ll be someone’s house one day, but you know what else is a house?⁣

You know, the feats of engineering that were seats of government and generational homes of royalty, designed to outlast not just invasions and changing dynasties but the cruelties of time itself?⁣

What’s even cooler, though, is that’s exactly the blueprint God has for you, too.⁣

You might be building your life out of shoddy materials, plastic and pressboard, coping mechanisms and lies that disintegrate with use.⁣

But the moment you set foot on the solid ground of Jesus, your real construction begins. He’s the foundation on which great stones and whole trees, freedom and truth can rest strong and easy, withstanding enemies and centuries alike.⁣

THAT is what God has planned for your soul. A palace firmly set on the rock—not a crackerbox in the sky.⁣

Trouble is, most of us don’t have the patience to be built into a castle. We want grandeur, comfort, security, luxury, and completeness ASAP.⁣

But here’s a couple fun facts:⁣

Condos take as little as 10 months to build, and their lifespan is about 50 years, after which they’re torn down and forgotten.⁣

Castles can take 10 YEARS to build and hang around for THOUSANDS, going from storing national treasures to being one themselves.⁣

“Everyone then who hears these words of mine and does them will be like a wise man who built his house on the rock. And the rain fell, and the floods came, and the winds blew and beat on that house, but it did not fall, because it had been founded on the rock.” [Matt 7:24-25 ESV]