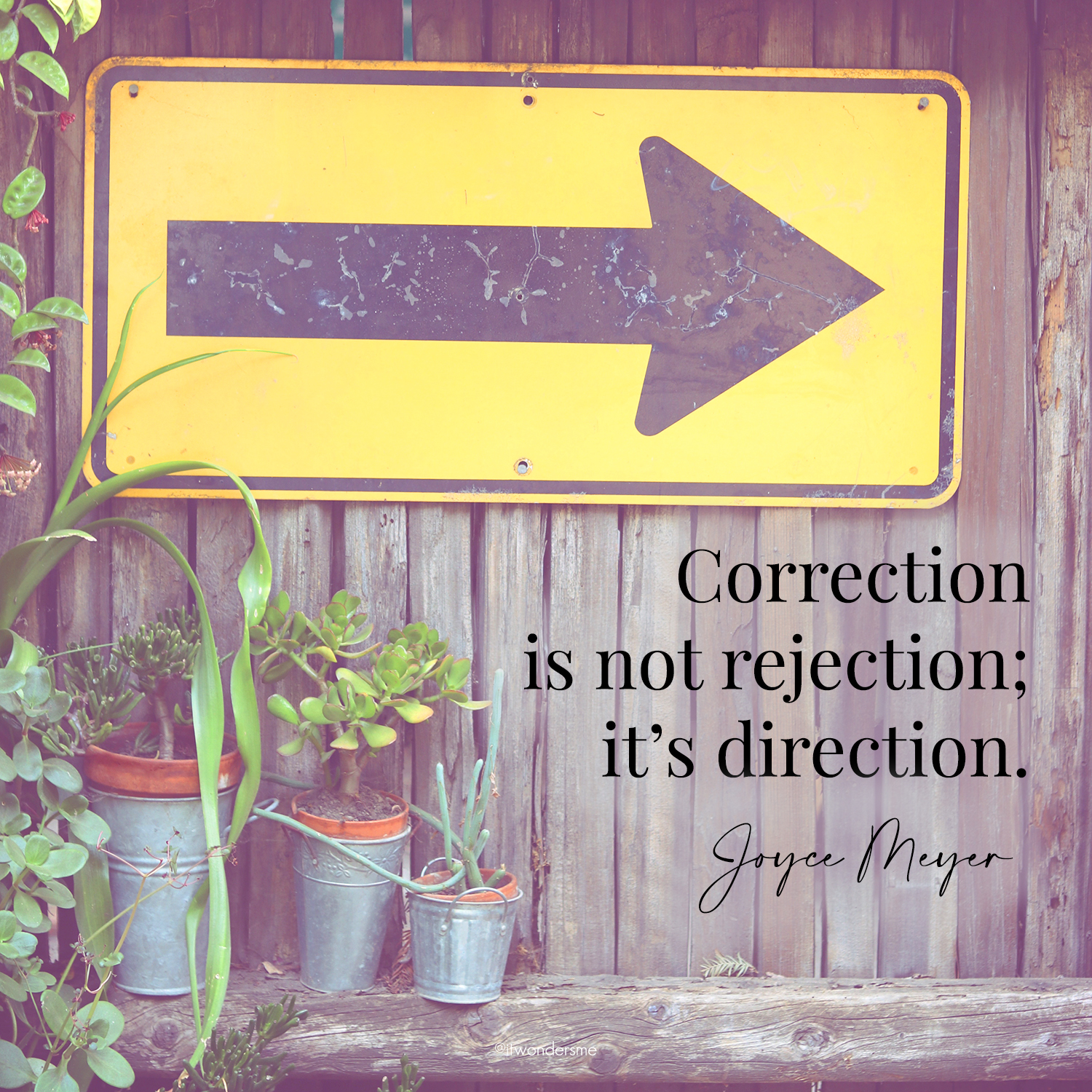 No one likes being told they’re wrong. Especially not when it comes from the Almighty. It makes us feel small, unworthy, and hopeless. We want to crawl under a rock and never again burden the world with our presence.⁣⁣

But that’s the exact opposite of His intention! It’s us going too far.⁣⁣

That sorrow you feel when the Lord corrects you? That’s conviction: a sign that deep down YOU know that HE knows that YOU know something’s gotta give.⁣

It’s not condemnation or guilt―that’s not how God rolls. Rather, it’s the signal that tells you that you’re free and fully equipped to change the thing He’s pointing out.⁣⁣

God doesn’t put his finger on flaws and mistakes to shame us. He does it so we don’t keep hurting ourselves (and others) with the same ridiculous shit we’ve been doing for years. He does it because He wants us to grow, move forward, and thrive.⁣⁣

He does it because He loves us.⁣⁣

💬 Where has God corrected you lately? What has He empowered you to change so you can grow?⁣⁣ 💬

“For those whom the Lord loves He corrects, even as a father corrects the son in whom he delights.” [Prov 3:12 AMP]⁣